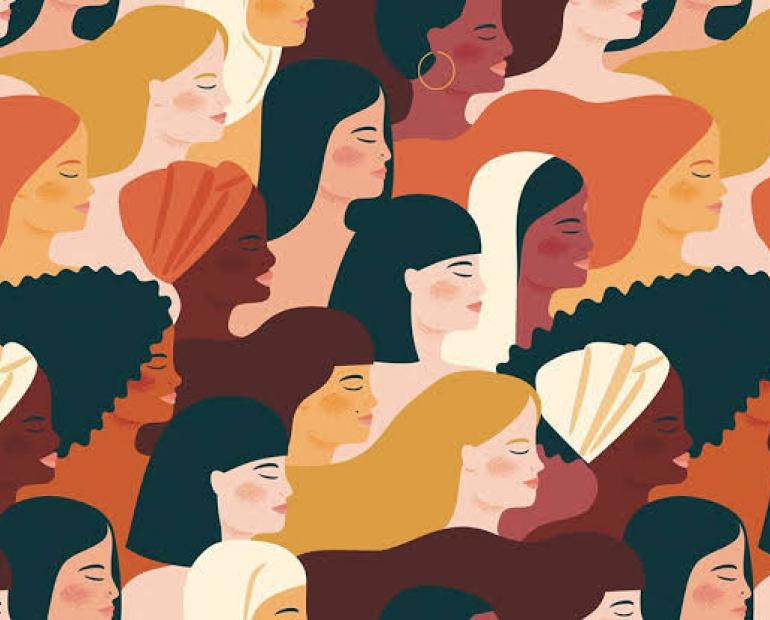 KIET Group Of Institutions is observing discrimination against women Pakhwada, therefore we are discussing the role of women in the society and understanding the need of women empowerment. Indian mythology has always shown God as “Aadishakti”. A mystifying power that is composed of male and female. Together they complement each other and are capable of carrying out any work successfully. Women in history has always been used to symbolize power and sensibility. Power as the ability to influence the behaviour of others with or without restraint. Sensibility is to give a emotional healing touch to the nation and society. Hindu mythology introduces Godess Durga as the fearless, formidable warrior goddess who slays a vicious demon after he has been rendered invincible by any man or god. Her three fierce eyes, her ten hands holding ten weapons, and her ride on the lion depict her unassailable vigour. Today she stands tall as a glaring example of feminine energy on earth, so much so that Durga Puja has become a celebration of women and “Durga”, a synonym for women’s empowerment!.

A woman’s quest for equality with man is a universal phenomenon. What exists for men is demanded by women. Almost 50% of the world’s population is women, so treating them equally gives an impetus to the development of the society as a whole. The man of the house is traditionally considered to be the breadwinner of the family and the woman is considered to be the homemaker. Tradition and culture are considered to be the two big impediments for women empowerment.

Women Empowerment is understood as a very narrow term in today’s world. It is considered as enabling people, especially women to acquire and possess power resources in order to make decisions on their own or resist decisions made by others that affect them. A women may be said to be powerful when she has control over a large portion of power resources such as personal wealth, education, information, knowledge, social status, position, leadership, capabilities of mobility. The National Education policy(2020) suggested certain strategies to empower women. Accordingly, women became empowered through collective reflections and decision making.

In India, in theory, women enjoy a status of equality with the men as per constitutional and legal provisions. Arguably, our country has taken enormous strides towards inclusion of women with the fairer gender excelling in diverse fields, from literature to astrophysics to finance and what not. Its time to give a thought to the news headlines about dowry killing, female foeticide, domestic violence, slaughtering of women bodies, acid attack, physical harassment and mental harassment that are still making the newspapers, put a silent question mark behind the two words. In  this current age, true development and growth can only be achieved by taking successful strides in eliminating deep-rooted ideologies of gender bias and discrimination like the confinement of women to the private domestic realm, restrictions on their mobility, poor access to health services, nutrition, education and employment, and exclusion from the public and political sphere. The harassment in the name of responsibilities, duties and social stigma need to be stopped.

In major parts of India as well as the world, women are still denied basic education and are never allowed to pursue higher education despite possessing the needed acumen. This colossal waste of talent is definitely holding economies backwards. KIET Group of Institutions is doing remarkable work in terms of making women empowerment and gender equality. The institutions always provides equal opportunity to men and women, boys and girls in terms of work, exposure and rights. There is no discrimination. They have internal complaint cell, women grievance cell and women readdress system. Not only this, they keep on organizing events for creating awareness among the women of the nearby areas to understand their rights. If every organization continues to make such contribution towards the development of society, it will assure us that earth will again become a place where Sita and Durga has to never undergo any kind of dharti samarpan and fight the demons to safeguard herself.

It is the high time to understand that Women empowerment in its actuality is synonymous with complete development of the society. An educated woman, with knowledge about health, hygiene, cleanliness is capable of creating a better, disease-free environment for her family. A self-employed woman is capable of contributing not only to her family’s finances but also contributes towards increment of the country’s overall Gross Domestic Product (GDP). A shared source of income is much more likely to uplift the quality of life than a single income household and more often than not helps the family come out of a poverty trap. Women who are aware of their legal rights are less likely to be victims of domestic violence or other forms of exploitation. Their inherent aptitude towards organization and well-rounded maintenance of home makes them uniquely suited for political and civil leadership roles. Recent  participation of women in political and social positions of power has seen a marked reduction in corruption in those specific areas which adds another advantageous point in favour of women empowerment. The rapid pace of economic development has increased the demand for educated female labour force in almost all fields. Women are earning as much as their husbands do, their employment nonetheless adds substantially to family income and gives the family an economic advantage over families with only one bread earner.

This new phenomenon has also given economic power in the hands of women for which they were earlier totally dependent on males. Economically independent women feel more confident about their personal lives. Hence, they are taking more personal decisions, for instance, about their further education, marriage, etc. More and more women want freedom of work and control their own reproduction, freedom of mobility and freedom to define their own lifestyle.

We can now see women in almost every field: architecture, law, financial services, engineering, medical, armed forces, para military forces, nursing, Information Technology. Administration , politics, corporate and what not. They have also entered service occupations such as a nurse, a beautician, a sales worker, a waitress, etc None of the area is left untouched, so it needs to be highlighted that she is no less from men in terms of knowledge, intellect, organization, power, understanding and taking challenges.

Women are increasingly and gradually seen marching into domains which were previously reserved for males (police, army, air force, chartered accountancy, commandos). In spite of their increasing number in every field, women still remain perhaps the world’s most underutilized resources. Many are still excluded from paid work and many do not make the best use of their skills.

A new pattern is emerging in which both partners work outside the home but do not share equally in housework and childcare as we see in Western families. In India, the paternalistic attitude of the male has not undergone much change.

In spite of such drawbacks and hurdles that still prevail, Indian women (especially educated) are no longer hesitant or apologetic about claiming a share and visibility within the family, at work, in public places, and in the public discourse. The need is to set our minds open and work towards a future where both men and women work together, have equal rights and respect each other. We need to create an environment such that the women are not scared of those staring eyes all around them but brave enough to stare back again.

Therefore, our efforts should be directed towards the all-around development of each and every section of Indian women, not confining the benefit to a particular section of women in society, by giving them their due share. It is a must to protect their chastity, modesty and dignity and ensure their dignified position in society. Without removing social stigma, enduring progress and development could not be achieved. For this, the governmental and non-governmental organizations including media should come forward and play an active role in creating awareness in society. The task is not too difficult to achieve. The honesty and sincerity on the part of those involved is a must. If lots of women change, definitely it will have a positive impact on society. Hence, women’s empowerment is the need of the hour.